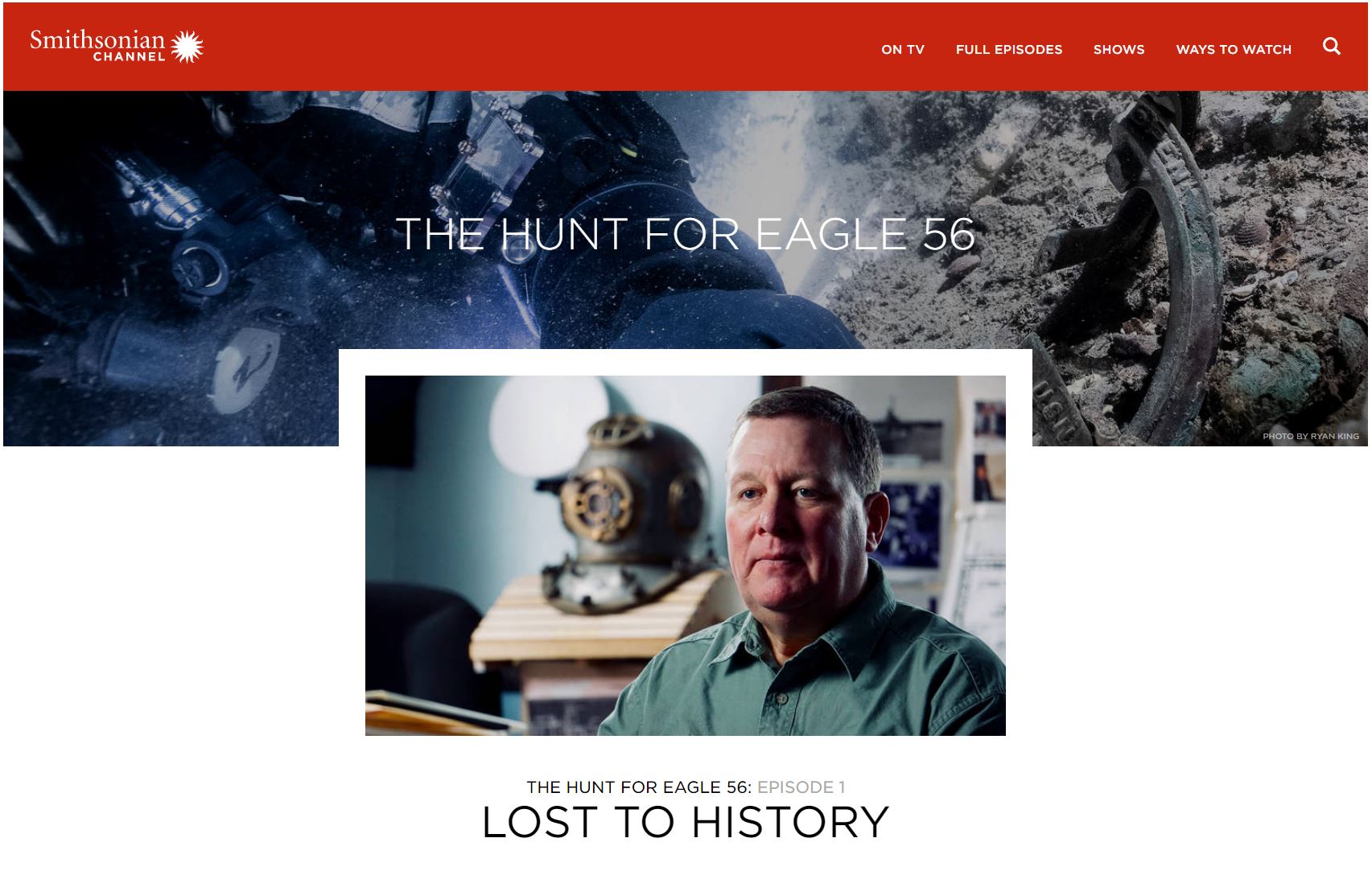 Premiering this Sunday, September 22nd, is the first episode in a three part limited series for Smithsonian Channel, The Hunt for Eagle 56. If you like history, diving and investigating a mystery, this show is for you!

Lone Wolf Media began development for this series in the Summer of 2018 with the first production day starting in September of that year. The story follows a group of New England divers who are searching for an elusive wreck which was sunk off the coast of Portland, Maine during the final days of the WWII. Many have searched for the wreck of the USS Eagle PS-56 but the underwater rugged rocks of the Maine coast have kept the location of the wreck hidden for over 70 years.

I am very happy to have worked on this show as the post supervisor, location audio mixer and online editor. This show tells a great personal story of soldiers and their families coming to grips with an implausible action as US attention was on the fall Germany and the US push into the Pacific theater.

The U.S. Navy officially determined the sinking of the USS Eagle PE-56 in April 1945 was the result of a boiler explosion. But the ship's wreckage was never found, and many survivors reported seeing a German U-boat at the time, casting doubt on their theory. See what happens when a homegrown dive expedition and investigation is launched by an unlikely team of citizens and detectives, and witness the discovery of a stunning piece of evidence that reveals someone may have tried to cover up what truly happened. - Smithsonian Channel

For more information on the series visit Smithsonian Channel!